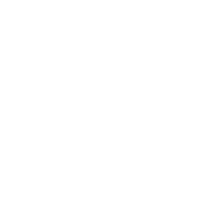 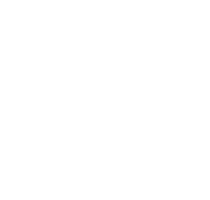 The MicroGenDX analysis pipeline accomplishes denoising by employing the following steps on each sequencing run:

OTU selection clusters sequences into clusters using an OTU selection program. OTU selection is performed using the guidelines discussed in the paper “UPARSE: Highly accurate OTU sequences from microbial amplicon reads” by Robert Edgar. In that paper, the following methodology is laid out in order to select OTUs:

Dereplication of sequences is performed using the USEARCH prefix dereplication method. Once complete, we remove all singleton clusters and sort the remaining sequences by cluster size from largest to smallest. The sequences are then run through a trimming algorithm that trims each sequence down to the same size. It should be noted that the sequences are only trimmed for UPARSE and the final taxonomic analysis is based upon the full-length sequences. Next we use the UPARSE algorithm to select OTUs. Using the USEARCH global alignment algorithm, we then assign each of the original reads back to their OTUs and write the mapping data to an OTU map and OTU table file.

The global search method uses a mixture of the USEARCH global search algorithm along with a python program to determine the actual taxonomic assignment that is assigned to each read.

This method is described in the paper “An extensible framework for optimizing classification enhances short-amplicon taxonomic assignments” by Nicholas Bokulich, et al.

The paper describes a methodology in which a high-quality database is used in pair with USEARCH to rapidly find the top 6 matches in the database for a given sequence. From these 6 sequences we then assign a confidence value to each taxonomic level (kingdom, phylum, class, order, family, genus and species) by taking the number of taxonomic matches that agree with the top match, and dividing by the number of total matches: E.g. If Bacteria is the top kingdom match, with five matches showing Bacteria and one match showing Archaea, our algorithm would assign the kingdom Bacteria a confidence of 5/6 = .83.

This diversity analysis program takes the OTU/Derep table output from sequence clustering, along with the output generated during taxonomic identification, and begins generating a new OTU table with the taxonomic information tied to each cluster.

Each flow is assigned a base and a Phred quality score (Q): a property which is logarithmically related to the base-calling error probabilities (P)

“The resolution of 16S/ITS to the genus and species level allows physicians to determine an appropriate course of action.”