Bacterial contamination of implanted devices has been shown to frequently result in the formation of biofilms. A biofilm’s protective structure, and the state of bacteria within it, prevent traditional culture techniques from adequately characterizing the constituent species in biofilms — or even growing them at all. 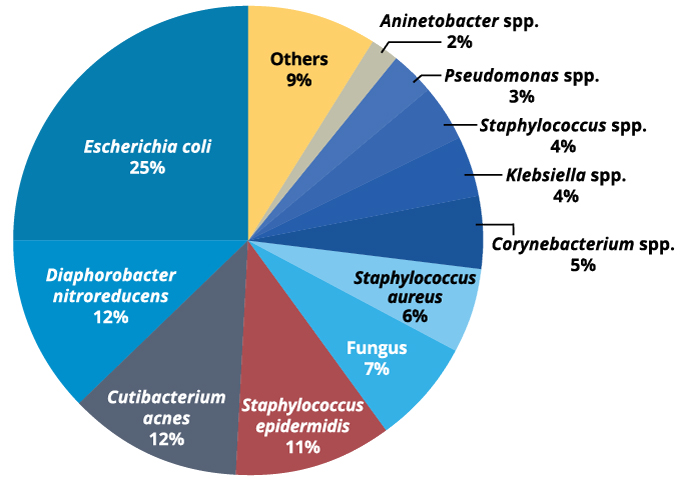 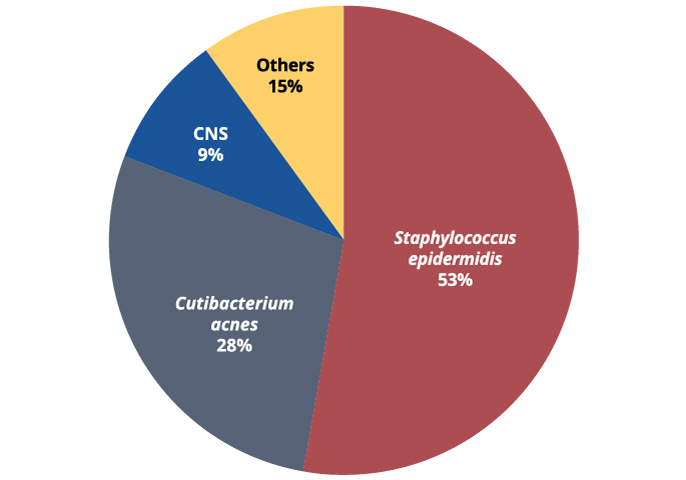 While culture detected S. epidermidis, C. acnes and CNS as the primary microbes, the species most frequently isolated by NGS included (in order of relative abundance):

Other limitations of culture

Culture may provide a preferential medium for certain microbes, leading to inaccurate identification of the causative organism, or to a polymicrobial infection being missed altogether.

In addition, bacteria adaptation can result in culture identification evasion. For example, in the case of viable but nonculturable bacteria (VBNC), known pathogens are capable of entering and resuscitating from a VBNC state without losing their virulence. During the VBNC state, microbes maintain their cellular structure, biology, and significant gene expression — which allows detection by molecular testing. However, while they are in a VBNC state, these pathogens are not culturable by standard laboratory methods.

Instead of relying only on either culture or NGS, why not use both to maximize the probability of treatment success? NGS has high concordance with traditional culture — 96% based on a 2018 study published in the Bone and Joint Journal — and higher sensitivity than culture. In a study of 168 chronic wounds, molecular testing was 20 times more sensitive, and in the majority of the samples, culture underreported the diversity of wound microbiota and failed to detect the most abundant bacteria present in the wound.

Traditional culture’s false negative rate for breast implant infections can be as high as 25-30%.

Gram-negative bacilli, facultative anaerobic organisms, and strict anaerobic bacteria are often present in implant biofilms, but they are often missed by traditional culture.

“MicroGenDX has changed the way I work with capsular contracture patients.”