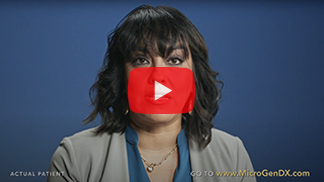 My UTI was chronic for four years. It was just initially urinary frequency and urgency and some bladder pain by that time it was full-blown bladder pain, pelvic pain. When to the doctor and I was given the standard treatment of care. My cultures were coming out negative, they didn't find anything wrong with me. I went back to the doctor over various months and was told "there's nothing wrong with you, everything's clear".

I was devastated, depressed, frustrated actually I was very angry. I was just being told that everything was in my head. I had to quit my job so the pain was unbearable. I did research on my own and found MicroGenDX. I went to the doctor and he looked at my test and he said I had an infection. I was bedridden, I wasn't able to get out I wasn't able to leave the house. So it's been really life-changing. I wouldn't be where I am today without MicroGenDX, thank you for giving my life back. 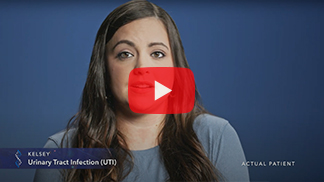 All of the culture tests that I took didn't find any cause of infection. My doctor said she did some research and found out about this new technology it's called MicroGenDX. I honestly expected it to say there's nothing there because that's what every other one had said. She said it showed multiple strains, it was a really validating moment for me to say "there it is, that's what's been causing or could be causing me all this pain" and for her to show me and say "this is real, there is an infection, there is something there".

Probably about a month in I woke up one day and I didn't feel anything, I mean pain and I remember it felt strange. MicroGenDX gave me my life back, I'm so thankful for my provider being willing to try it and she was willing to do the research. It has really turned my life around. I struggled with chronic pain for close to four years and within four weeks I was completely symptom-free after MicroGenDX. 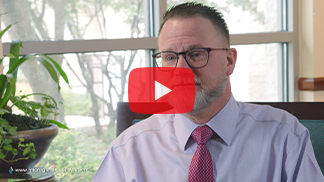 The pain that I was experiencing came on in about 2016/2017 and it was intense and came out of nowhere. It was the worse experience of my life. I told my wife I think I'm going to take my own life because it was that bad. I got told by 4 or 5 different doctors that there was nothing they could really do. Dr. Hlavinka recommended MicroGenDX. It just made perfect sense when he told me that there was this DNA technology that he could use to help diagnose the infection.

To know that I had something that was treatable gave me my sanity back. They found a couple of different pathogens. The treatment plan that he was able to come up with would have not been done anywhere else and would have basically only been fighting half the battle. This is life-changing technology, it kept me around for my wife and kids. 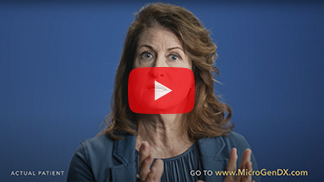 I was in a car accident that required me to have surgery, the first surgery was on my left arm and the next day my arm blew up, and had an infection. The doctor gave me antibiotics and from that point on I had a series of infections and problems. I could barely get off the couch or out of bed, it was horrible. It was very frustrating when you are sick and nobody can find out what the problem is.

I was sent to ENT and he kept doing cultures and they were coming up negative so he said "I know there's a problem here, would you mind trying this DNA product." So it wasn't one particular bacteria, it was evolving and without MicroGenDX we wouldn't have found that. It identified and targeted five different bacteria in my infectious system and solved all the problems and I have been healthy ever since. I'll do that again in a heartbeat, I'll use MicroGenDX because it gives you an answer to a problem that you can't seem to solve. I really think MicroGenDX saved my life. 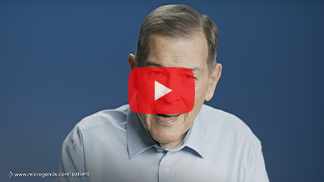 I went to a physician that was world-renowned and had done more surgeries for a knee replacement than another surgeon in the US. From the time that it was done, I just had pain and the knee was warm and I went back several times to complain. I eventually went to another doctor who operated on me and I didn't get better because he didn't recognize that it was infected, he just told me it was the way it healed.

I was unwilling to give up and I finally found Dr. Parvizi, he felt my knee and knew it was warm. He put a needle in and took fluid out and said that I definitely had an infection. He sent the sample to MicroGenDX and they came up with an unusual bacteria. It's no longer hot, it no longer hurts, god bless your company for being able to diagnose it and give me the right antibiotic so I'm a happy person now. 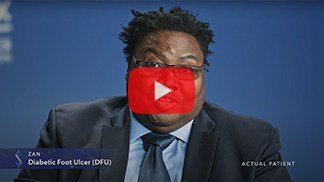 After a surgery, a couple of weeks later I went to see the doctor and he said everything was doing fine, once they took out the bandages there were 3 holes so he said: "I need to send you to a wound specialist". So I went, there was this great odor and I thought something had died and it was actually my foot that I smelled. The wound doctor came up and said "we're going to try MicroGenDX and we're going to see if they can do what they say they can do".

Well, they did what they said they can do. So I was a week and a half away from not having a leg, to being healed. It changed my life 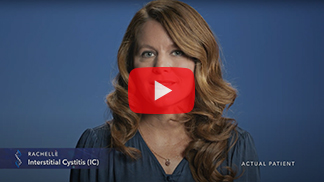 I went to my primary care physician's office with classic UTI symptoms, the standard culture came back negative and I was left without treatment, as the months went on I continued to get worse. I was continually going back to my doctor still I wasn't culturing anything, I was having all kinds of medications thrown at me. I was scared that I would never get treatment.

I ended up having surgery for endometriosis because they thought that might be driving these bladder symptoms. It wasn't and that sent me into a worse state, I needed constant help from my husband and someone to come into my home to take care of my children. It was a very dark time. I find a nurse practitioner and who uses MicroGenDX. That's when some bacteria started showing up and I knew that was the validation that I needed. That was going to start the ball rolling so that I could get proper treatment and start healing. 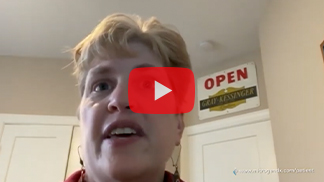 I was on vacation and I felt like I had a UTI, they did a cystoscopy and the doctor's remark was that's the best-looking bladder I've seen in years. It does get into your head when things come back negative all the time and the doctors are like "there's nothing wrong with you" but you know there's something. I started doing a lot of research and somebody suggested that I should call MicroGenDX and see if there are doctors near you.

I went to one doctor that was an hour away. They tested and it came back with I think 12 different things, all the other previous urine cultures came back completely negative. Two weeks on antibiotics and then wait a couple of weeks retest, see what's left, and then retest. We did that for 3 or 4 months and then finally I had a result come back negative. I was diagnosed with something that I didn't have and by doing this testing I was able to get past that and get an understanding of some of my causes. 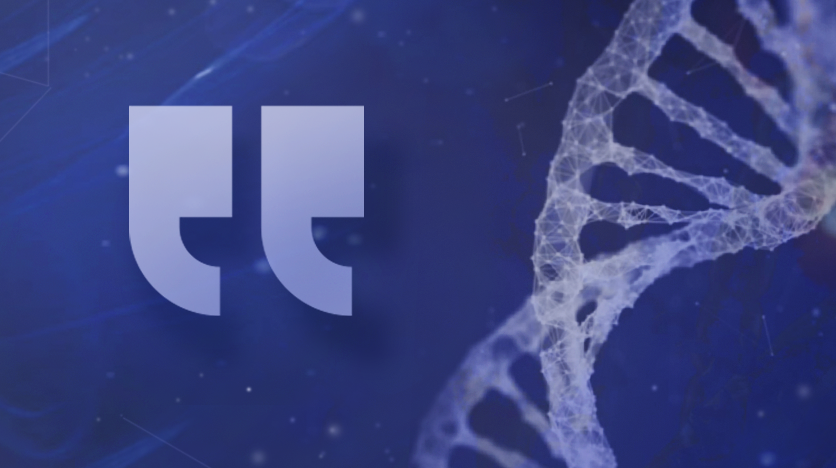 Amazing turnaround for results and pleasant ease of use. Terrific staff in customer service who are very responsive! Nick Koenig was very helpful in searching for results, getting me signed up with release form and stayed on until I had everything. I have already ordered my second kit!

Women are getting misdiagnosed since the doctors refuse to use the technology and have no idea how painful these UTI’s are. So next time you have a UTI please find a doctor from the MicroGenDX company that uses their labs. You will not regret it.

This lab (MicroGenDX) helped me when I was feeling pretty hopeless, their technology found my infection no one believed I had. Their technology is wonderful, but the kindness of their staff compares to no other place I’ve ever been. I met some of the kindest, compassionate people I’ve ever met using their services. I cannot say enough good things about them.

I've suffered with chronic prostatitis for over 20 years. This involved a carousel of urologists and misdiagnoses that exposed me to improper use of antibiotics. I didn’t begin to experience relief until my healthcare provider introduced me to PathoGenius(now MicroGenDX) a few years ago. This cutting-edge technology has provided keen insights on how to leverage DNA sequencing which properly diagnosed stealth pathogens that can cause a lifetime of misery.

Recently, MicroGenDX came to my rescue after taking two urinalyses came back false negative. If not for your granularity, I’d still be suffering with no help for my condition. A paradigm shift needs to occur in urological circles and I pray the MicroGenDX never shuts its doors for people like me. I appreciate all that you’ve done and look forward to MicroGenDX leading the way in revolutionizing conventional treatment in urology!

A year ago I had a UTI that was mistreated for several weeks that ended up turning into a terribly painful kidney infection. I spent 3 days in the hospital where their culture test reported E. coli as the problem and I was yet again put on the wrong antibiotics. Fortunately, I had sent in a urine sample to MicroGenDX the day I went into the hospital (on my own). Within a couple days back home from the hospital I began feeling kidney pain again.

After reviewing both the hospital culture report and the MicroGenDX report I brought these reports back to the hospital so the doctor could see them both side by side. I was in a great deal of back pain, very frustrated, and scared that this infection is getting worse causing damage to my kidneys! My MicroGenDX PCR and Next Generation DNA Sequencing report said 3% was E. coli and the actual cause of my infection was 82% Enterobacter hormaechei, 82%! This is a bug they would have never found using standard culture tests. My story ends well ONLY because of MicroGenDX! Within 24hrs of being put on the correct antibiotic to treat that bug I was feeling better, and within a few days the nightmare was completely over.

Read MoreRead Less
Translate »
Shopping cart
There are no products in the cart!
Continue shopping
0