Genomic Surveillance Is Essential In The Battle Against COVID-19 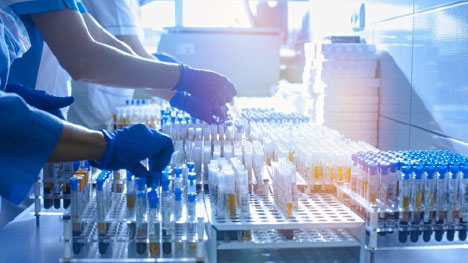 Thanks to advances in sequencing technologies, the complete genome of the SARS-CoV-2 (COVID-19) virus was determined rapidly at the outset of the pandemic. This has proven essential in understanding how SARS-CoV-2 infects humans and causes disease.

The SARS-CoV-2 genome contains genetic information for the production of viral spike protein (S protein), which is needed for the virus to attach to and infect human cells. Each viral particle is covered by numerous S proteins, allowing it to bind to a unique protein receptor found on cells in the body.

Genomic surveillance — the identification, tracking and monitoring of SARS-CoV-2 variants — is critical in order to bring about developments in diagnostics, treatments and even vaccines, in addition to managing virus spread and COVID-19 disease burden.

Naturally, viruses are known to mutate and change as they infect humans; coronaviruses such as SARS-CoV-2 are no exception. SARS-CoV-2 have indeed been undergoing genetic mutations over the duration of the COVID-19 pandemic resulting in virus variants.

Each variant may contain one or more mutations, making it different from the first genetic sequence of SARS-CoV-2 (also known as Wuhan-Hu1 sequence). Many of the known variants have genetic mutations at the S protein gene, thereby resulting in modifications to the S protein.

Multiple virus variants have emerged from different regions of the world and are currently found to be circulating globally. As such, the Centers for Disease Control (CDC) and Department of Health and Human Services’ SARS-CoV-2 Interagency Group has devised a variant classification scheme as part of their SARS-CoV-2 surveillance and monitoring efforts  — Variant of Interest, Variant of Concern and Variant of High Consequence, depending on the public health risks associated with the variants.

B.1.1.7. and B.1.351 (501Y.V2) are variants that were first observed in the United Kingdom and South Africa, respectively. At present, both B.1.1.7. and B.1.351 are classified as Variants of Concern because they showed about 50% increase in transmissibility. 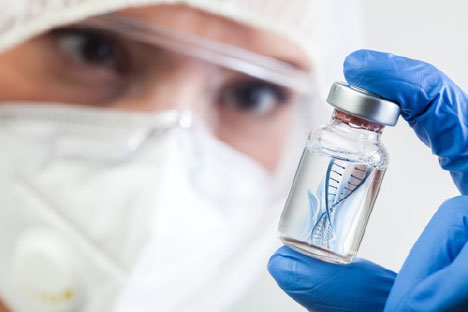 Genomic surveillance of SARS-CoV-2 variants is essential in the world’s ongoing battle with COVID-19. In fact, the CDC has several resources in place to track SARS-CoV-2 variants. This will serve to continuously detect and identify new virus variants that have enhanced infectivity or increased severity of disease. This will be very important to make sure that the current diagnostic tests are adapted to accurately detect SARS-CoV-2 despite numerous genetic changes.

Acknowledging the pressing need to ramp up genomic surveillance of variants, MicroGenDX is now offering an advanced solution called COVID-19 Variant ID, which is capable of sequencing and identifying known SARS-CoV-2 variants.

MicroGenDX is an industry leader in molecular diagnosis of infectious diseases, providing high-quality and reliable next-generation sequencing (NGS)-based clinical diagnostic services. Because of the advancements in sequencing technologies, NGS has the capacity to sequence large quantities of genetic material efficiently.

COVID-19 Variant ID is the first commercially-available test that accurately identifies SARS-CoV-2 variants. It has a quick turnover time (5-6 days) and is priced under $300.

COVID-19 Variant ID comprises two steps – firstly, quality-control is performed via RT-PCR to determine if the samples are suitable for sequencing. Then, the samples are prepared, amplified and sequenced. MicroGenDX accepts various types of samples including nasal, nasopharyngeal and oropharyngeal swabs as well as sputum and saliva.

MicroGenDX’s COVID-19 Variant ID offers convenience and ease in the genomic sequencing of SARS-CoV-2 virus variants. At the patient level, individuals who are infected by SARS-CoV-2 variants will be able to receive appropriate medical attention and treatments. 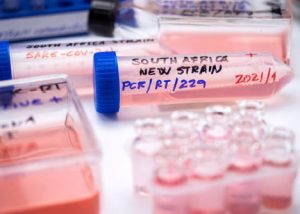 Aside from public health consequences, the genetic mutations in SARS-CoV-2 variants have implications on existing diagnostic tests and even vaccines. Because many existing diagnostic tests were developed based on knowledge gathered from the Wuhan-Hu1 sequence, the FDA warns that these tests may not be able to accurately detect the presence of the SARS-CoV-2 variants, resulting in false-negative test results.

For example, because the B.1.1.7 variant has two genetic mutations on the S protein gene, it affected how certain test kits detect the virus. The FDA has now identified several molecular tests that may be affected by SARS-CoV-2 variants.

Because some variants are able to escape antibody neutralization, this impacts the effectiveness of using antibodies to treat COVID-19. Studies have recently shown that certain variants are less susceptible to antibody treatments such as bamlanivimab, casirivimab, etc. Also, preliminary studies have also revealed that the effectiveness of certain vaccine-induced immunity may be affected by variants carrying the E484K mutation such as the B.1.351 variant.

MicroGenDX’s rapid and in-depth sequencing of SARS-CoV-2 variants will aid in early detection in the United States, which can help reduce the spread of the virus and improve our understanding of the epidemiology of SARS-CoV-2.