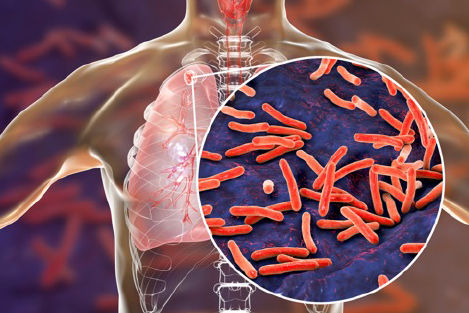 Mycobacteria are bacteria whose members include pathogens known to cause serious diseases in humans, such as tuberculosis and leprosy. Other species knows as atypical mycobacteria, cause infections in immunocompromised individuals, and its incidence is increasing worldwide.

This is a concerning statistic because atypical mycobacteria are omnipresent — they can be found in soil, water, and vegetation. Due to high rates of antibiotic resistance among specific subspecies of Mycobacteria, these types of infections can potentially be challenging to treat. One of the most common manifestations of non-tuberculous mycobacteria (NTM) infection is lung disease, but NTM infections can affect any organ system.

One species known as Mycobacterium abscessus is an opportunistic pathogen capable of causing respiratory, mucosal, and skin infections in humans. Patients with cystic fibrosis (CF), non-CF bronchiectasis, and chronic obstructive pulmonary disease are especially vulnerable to such infections.

Laboratories May Misidentify Mycobacterium abscessus as a Different Specie 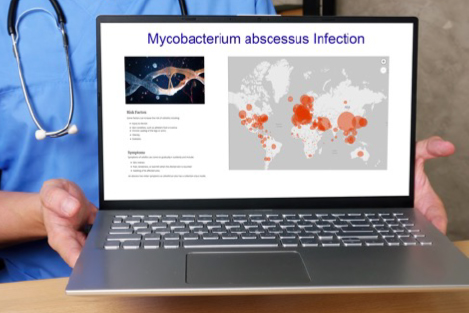 CF patients may be at higher risk for M. abscessus infections due to exposure from biofilms in showerheads, niche creation resulting from inhaled antibiotic usage, and host immunity impairment. While atypical mycobacterial diseases are generally non-communicable, there are concerns regarding possible person-to-person transmission among CF patients.

The species M. abscessus can be divided into three subspecies: Mycobacterium abscessus subsp abscessus, M abscessus subsp massiliense, and M abscessus subsp bolletii, some non-specialized laboratories are not able to distinguish between these subspecies even though they can exhibit different clinical symptoms. Proper identification of the causative agent in question is critical to ensure appropriate and effective treatment since drug susceptibility profiles can differ drastically among subspecies.

Currently, However, infection due to M. intracellulare typically results in more severe disease than that caused by M. avium. Similarly, M. abscessus has been misidentified as Mycobacterium chelonae for many years, explaining why M. abscessus is seldom mentioned in older studies examining respiratory infections. 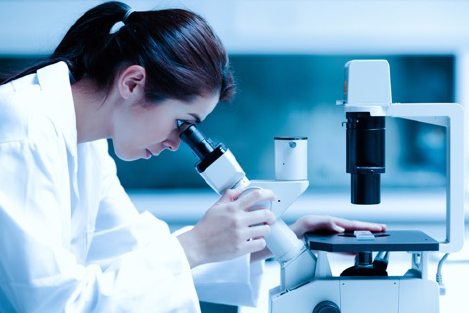 The company’s next-generation sequencing (NGS) technology can quantify the overall bacterial burden, identify the dominant species in a given sample, and differentiate between 120 mycobacterial species. Proprietary bioinformatics techniques and updated, curated reference databases allow for the precise detection of infectious pathogens with high levels of sensitivity and specificity.

The combination of qPCR and NGS offered by MicroGenDX allows for judicious antibiotic stewardship, which facilitates the prevention of antibiotic resistance, the potential for antibiotic de-escalation, and reduced duration of empiric therapy.

A case study involving a 62-year-old female who underwent spine revision surgery due to screw displacement revealed a mycobacterial infection. The patient presented with shooting pain from her neck to the posterior side of her head one month after her initial laminectomy surgery.

Radiographic imaging revealed the displacement of two occipital screws, resulting in a second surgery to replace the instruments. During the second procedure, healthcare professionals noticed large areas of inflammatory tissue around the displaced screws, and as a result, three tissue samples were sent for culture analysis.

Culture revealed nontuberculous mycobacteria (NTM) infection after five days but could not identify a species until day 35. MicroGenDX’s next-generation sequencing (NGS) analysis reported the precise presence of Mycobacterium smegmatis within five days, allowing for the administration of targeted therapy. The patient made a full recovery after six weeks of tigecycline and ciprofloxacin therapy.

Depending on the specific mycobacteria detected, antibiotic treatment will differ significantly. Moreover, it must adequately distinguish pathogens from environmental contaminants.

Founded by wound care doctor Randall Wolcott in 2008, MicroGenDX processes more than 100,000 samples every year, and over 10,000 doctors depend on the services offered by MicroGenDX.

Advantages of using MicroGenDX’s services include:

MDX AFB panel does not distinguish the subspecies either.