NTM are bacteria found in dust, soil and water that can cause infections in different parts of the body.  Although anyone can get an NTM infection, the risk is greater for people who are frail, older, have lungs damaged by smoking, bronchitis or other disorders, or have a weak immune system. NTM infections generally are lung infections and, less commonly, skin infections.

NTM are also referred to as “atypical” mycobacteria, because mycobacteria more usually cause tuberculosis or leprosy.

More than 86,000 people are likely living with NTM lung disease in the United States, and rates seem to be increasing, especially among women and older age groups.

Common NTM infection symptoms are also common to other conditions, which is why it’s important to be tested:

Other symptoms depend on the site of infection. For example, if the lungs are infected, you may have a cough that won’t go away or you may be coughing up blood, coughing up mucus, or get short of breath. If your skin is infected, you will probably have a rash.

Growing microbes from your sample in a lab, also known as a culture, is often used to diagnose NTM infections. However, standard culture can take many days or weeks, and might come back negative even when you actually have an infection. Even if it comes back positive, a standard NTM culture won't differentiate between species and therefore can't pinpoint the specific species that is causing your infection.

By contrast, rather than relying on culture, a MicroGenDX test rapidly detects the DNA of all microbes (fungi or bacteria) in your sample, along with how much of each is present. This information is used to identify the specific mycobacterium that is causing your infection and the best drugs to treat it, including resistance genes that might hamper treatment. Not all antibiotics work for all bacteria, and some even work differently in different areas of the body. Your doctor should consult the "antimicrobials for consideration" chart on your MicroGenDX report to decide which antibiotic is right for you.

To get complete instructions, you can order a Pulmonary Respiratory Test Service test, which tests for bacteria and yeast that may be causing an infection, here:

You may also order an AFB (Acid-Fast Bacillus) Test Service test, which is specific for NTM and related mycobacterium species, here:

Providing a Sample for the NTM Test

Everything you need to know about how an NTM sample is taken is included with the both the Pulmonary Respiratory test and the AFB test. That information is also available online on the product pages. The instructions included with your test contain illustrations to help your doctor collect a sample without contaminating it. It’s always important to obtain a proper sample by following the instructions for collecting the sample, as well as when packaging and shipping it. For example, your doctor will need to collect sputum for these tests, and will position you so you can do the deep breathing that helps loosen secretions and bring them to the back of the throat so you can give a good sample.

For best results, your doctor will want to obtain your sample the first thing in the morning or at least an hour after you have eaten breakfast.

NTM infections can be treated by a pulmonologist or an infectious disease specialist.

How NTM is Treated

NTM is treated with antibiotics. However, an NTM infection may develop resistance to specific antibiotics and cannot be effectively treated with those drugs. This is why all MicroGenDX diagnostic tests include detection of antibiotic resistance genes in your sample, and provide alternative antibiotics for your doctor to consider prescribing to you in the “antimicrobials for consideration” section of the test results.

Your provider may prescribe a combination of three or more antibiotics to prevent NTM from becoming resistant to any one of them.  It is important to complete the full course of medication as it is prescribed, even when symptoms begin to clear up before you are treated. This is to ensure that your infection has been completely treated, and also to avoid the development of resistance to any of the prescribed antibiotics. 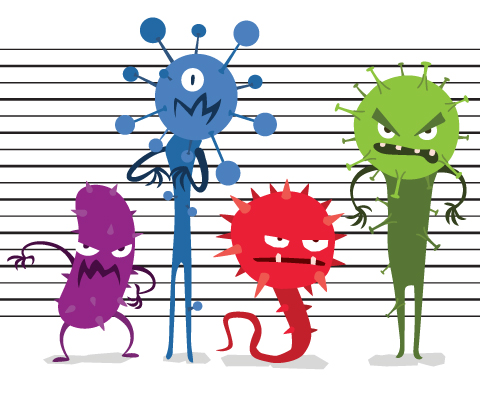